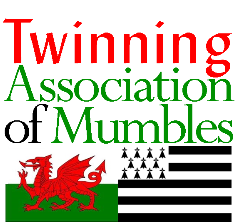 back to News index

calligraphy, a technique in which the artist and poet David Jones was a major influence. He also produced two published novels, a book of largely autobiographical essays, an illustrated book about the lakes of North Wales, and a biography of Clough Williams-Ellis, the architect of Portmeirion. His treatment of Welsh subject matter and working of Welsh-language texts were abiding themes throughout his half-century career in Wales.

His work can be found in public and private collections all over Wales. He also spent time working in the field of art education, acting as external assessor to many colleges of art throughout the UK during the 1960s and 1970s, including what is now the art school of the University of Wales Trinity St David’s in Swansea. The slate plaque outside the Ceri Richards Gallery at the Taliesin Arts Centre is by Jonah Jones.

Jonah Jones, 1919–2004, was born in Tyne and Wear. Following demobilisation from the army in 1947, his career began in a shared practice with the artist John Petts in North Wales, followed soon after by a short, intensive stay at the workshop of the late Eric Gill, where he learned the techniques of lettering and carving in stone. During the 1950s he established a full-time workshop practice, one of the few who were able at that time in Wales to earn a living solely from working as an artist.

Jonah Jones worked in many media. He cut letters in slate, carved in stone and produced bronze busts. He taught himself both the traditional techniques of stained and leaded glass and the newer ones of dalle de verre. He painted in watercolour, a medium in which he produced a distinctive body of work based on vernacular 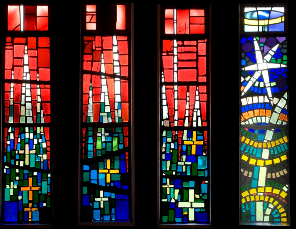 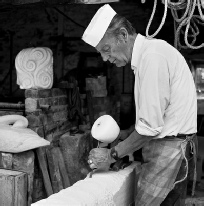 The illustrated talk will be given by Jonah Jones’s son and biographer, Peter Jones, at Norton Village Hall on Friday 11th November, starting at 7.30pm.

The text published on this page was adapted from an article in Wikipedia. Images © Scene & Word Ltd.